Join the parade of awesome 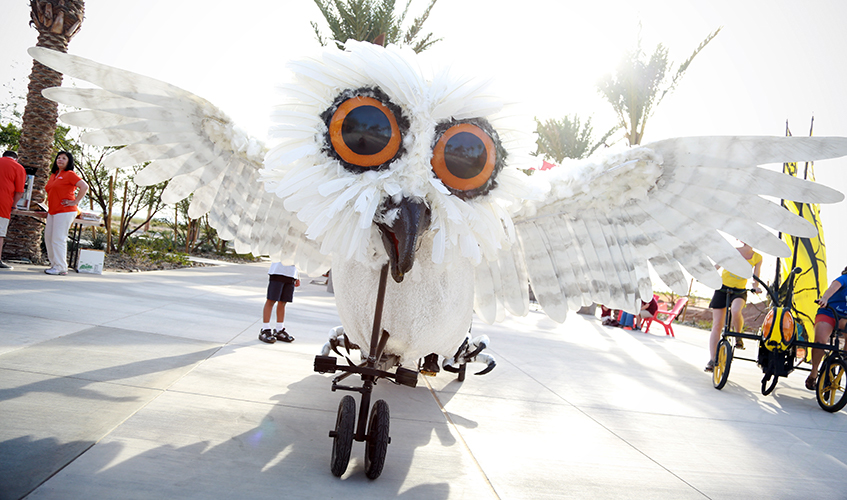 The countdown to AwesomeFest is on.

To get the party started, we’re excited to announce the Spirit of Community Parade, formerly held as part of the Independence Day events, will now be known as The Eastmark AwesomeFest Parade that will usher in all things awesome on Saturday, April 14. The parade will cruise down Eastmark Parkway and end at The Eastmark Great Park just in time for the start of AwesomeFest.

We invite you to join the parade, and liberate your inner awesome.

What does that mean? Be wacky. Be wild. Be as creative as you’d like. Show us what you think is awesome.

Now is the perfect time to rally your neighbors, family and friends, clubs, schools and businesses, to plan your parade entry. Start gathering those streamers, pom poms, bubbles, balloons, papier-mache, and any other supplies you might need.

And bring on the competitive spirit, since prizes will be awarded for best group participation, community spirit, and creativity.

Eastmark resident Shari Schmeltz is even putting together a neighborhood marching band, so if you can play an instrument, twirl a baton, or if you have connections to any local cheer, dance, or music groups who might want to join the parade, give her a shout.

Not ready to be in the parade? No worries. We need plenty of residents to be loud and proud along the parade route, too.

You’ll need to register for the parade by Friday, April 6. The registration link is also your handy resource for all parade details and guidelines.

On April 14, we’ll line up at 2:30 p.m. at Sequoia Pathfinder Academy at Eastmark and the parade will get rolling down Eastmark Parkway by 3:30 p.m.

And here’s the best part: everyone who marches in the parade gets two tickets for free admission into AwesomeFest!

Please note: all parade entries should be family friendly and sans pets.