An Outstanding Economy ranks Arizona among The Top 5 Fastest Growing States in the Nation, and it shows no signs of slowing.

Leading the way, the Greater Phoenix Metro area ranks among the nation’s top 3 fastest growing major cities, offering residents and business countless opportunities to expand. Manufacturing as well as advanced industries such as the technology and biomedical sector are a big draw, not to mention the market’s opportunity zones, pro-business climate and overall affordability.

Phoenix’s East Valley cities are poised as some of the area’s most promising, expanding with new businesses, new development and a high demand for its quality schools and affordable housing. Highly ranked Mesa has continuously experienced explosive growth, ranking as the state’s 3rd largest city with nearly a half million residents. It was recently recognized as “The Best Big City to Live In” by WalletHub, based on 6 key categories: affordability, economy, education, health, safety and quality of life.

And inside Mesa, rests The Heat & Hub of the East Valley, Eastmark – in one of the fastest growing ZIP code in the state.

As Arizona’s best-selling master-planned community 5 years running, Eastmark continues to be a sweet spot in the marketplace for new development and growth.

Eastmark is the destination of choice, connecting residential, commerce and recreation into one innovative community.

And has been ranked among the top 10 Best-Selling Master-Planned Communities in the Nation for 5 years in a row. At 5-square miles, Eastmark® can be considered its own city, a destination of choice that deliberately connects residential, commerce and recreation into one innovative community. The residents and businesses who call Eastmark home bring to life diverse and authentic experiences that make their environment better. It’s no coincidence Eastmark has earned national accolades among the best places to live.

Businesses are quickly recognizing Eastmark as the ideal location. With 20 million square feet of commercial entitlements, the community is poised to grow with the needs of the marketplace for the next 20 years as companies can integrate within the dynamic lifestyle growing here. Whether a business requires one acre or more, a high-profile location or a quiet corner, Eastmark can offer the perfect site to meet their needs.

Apple Inc. has selected Eastmark as the destination for its new manufacturing facility.

Major freeways and streets connect to every part of Metro Phoenix.

The Eastmark Great Park™ is planned to stretch more than 1.5 miles through the center of the community and will serve as the community’s social hub.

Only 6 miles away from Eastmark, the booming Phoenix-Mesa Gateway Airport connects business travelers and tourists to over 45 destinations around the country annually. 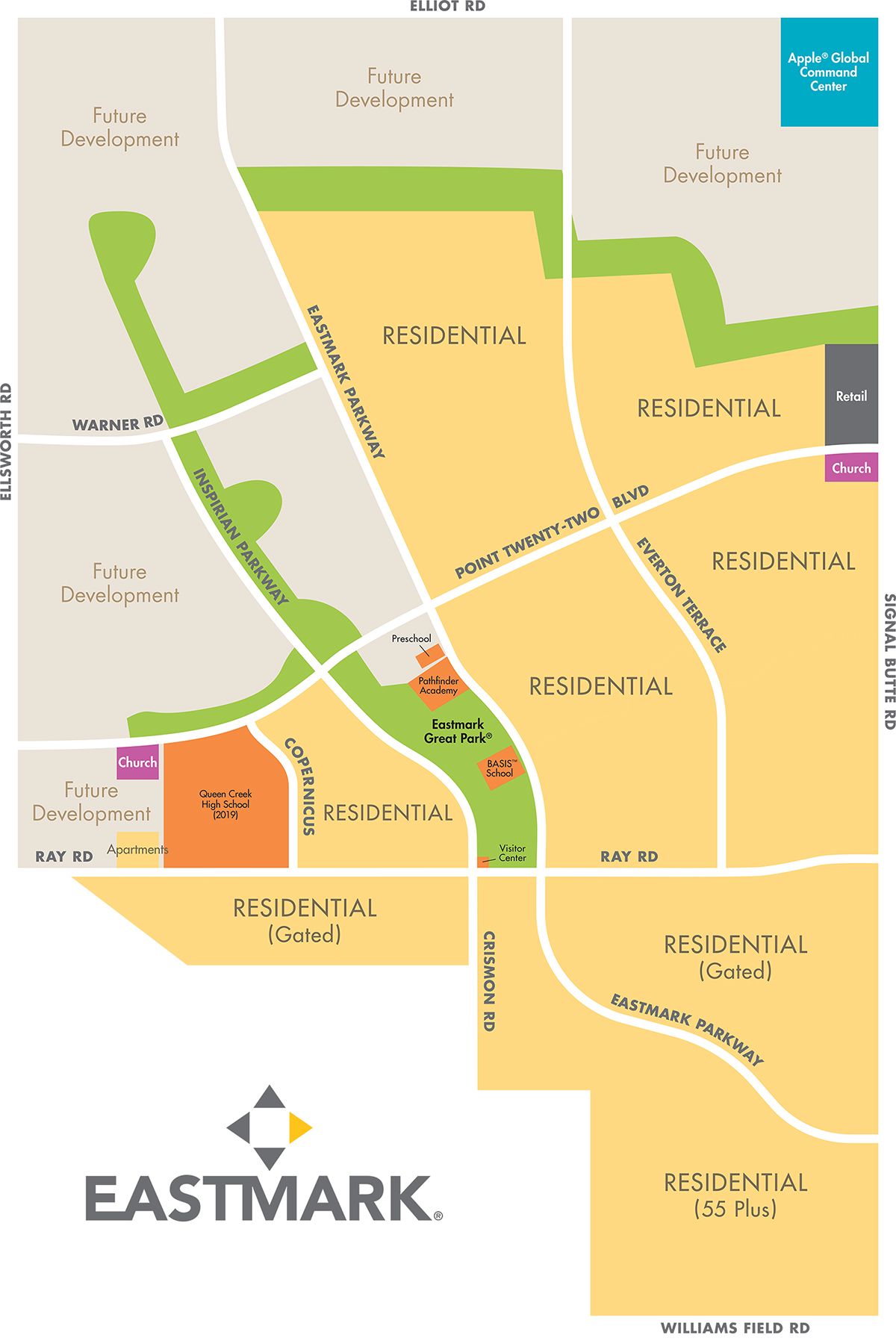 Growing Quickly -
The Heart & Hub of the East Valley

Eastmark’s commercial and retail segments as well as civic areas are flourishing, with new additions each year making us the Heart & Hub of the East Valley.

Within Eastmark and its adjacent surroundings you’ll find:

Eastmark at a glance 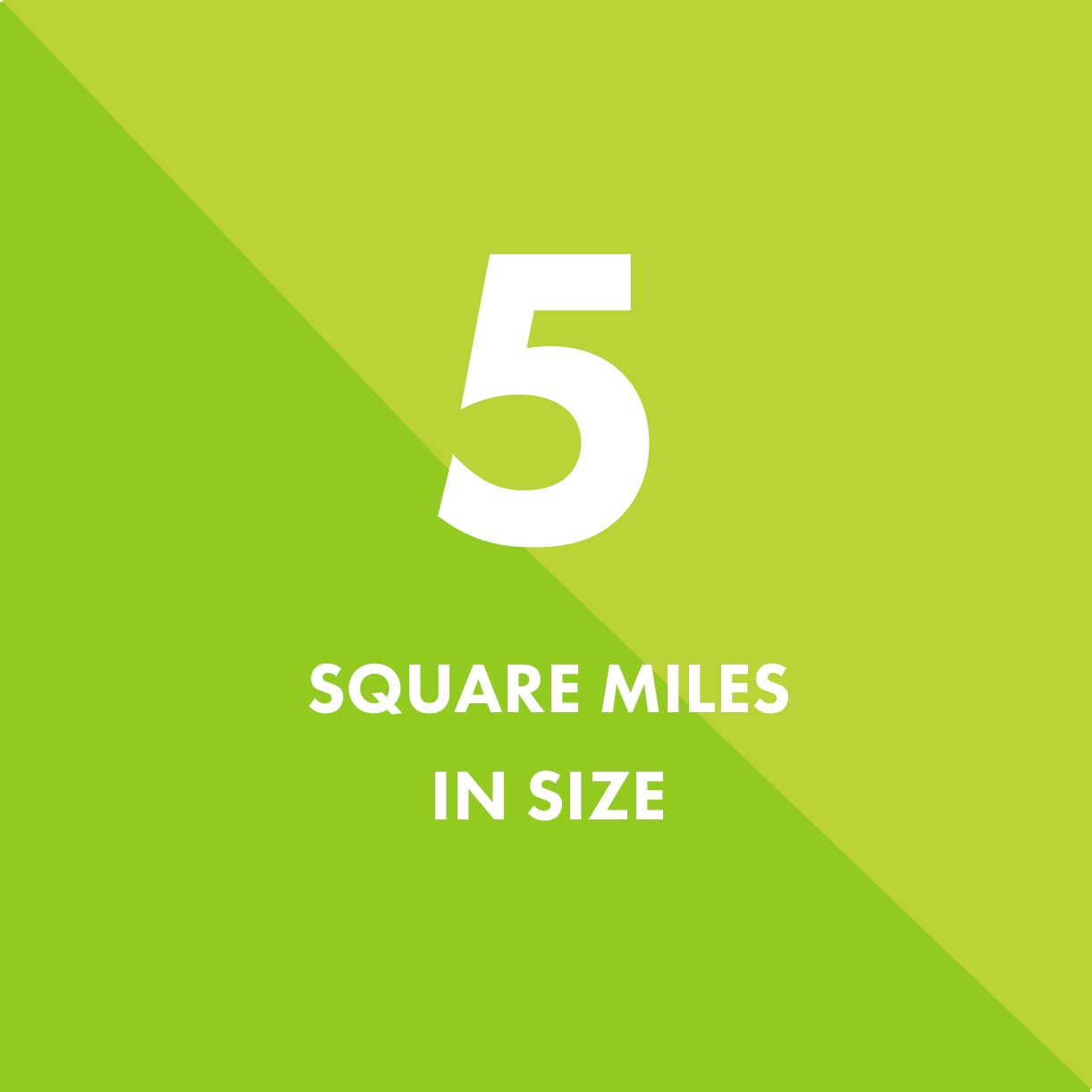 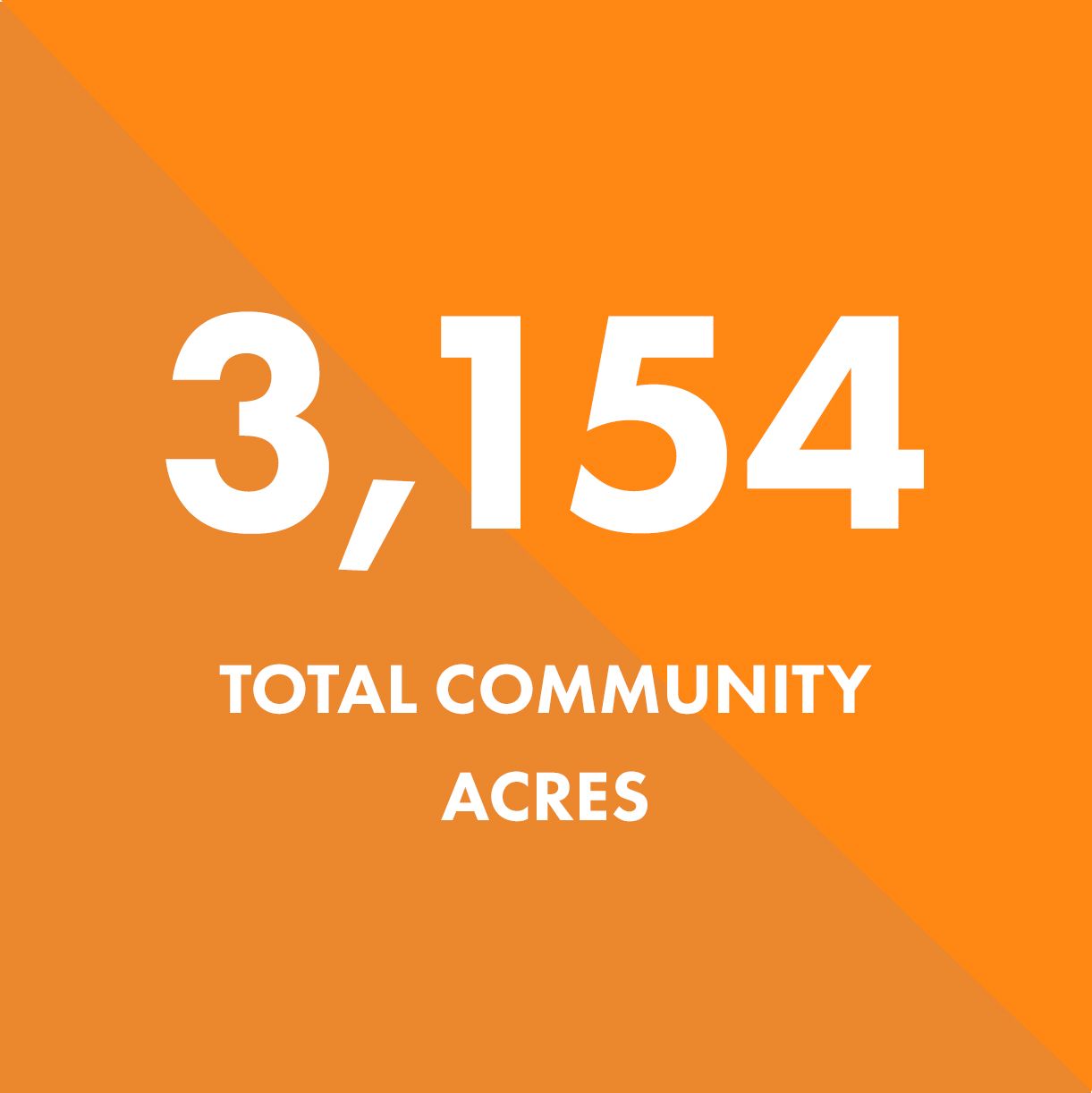 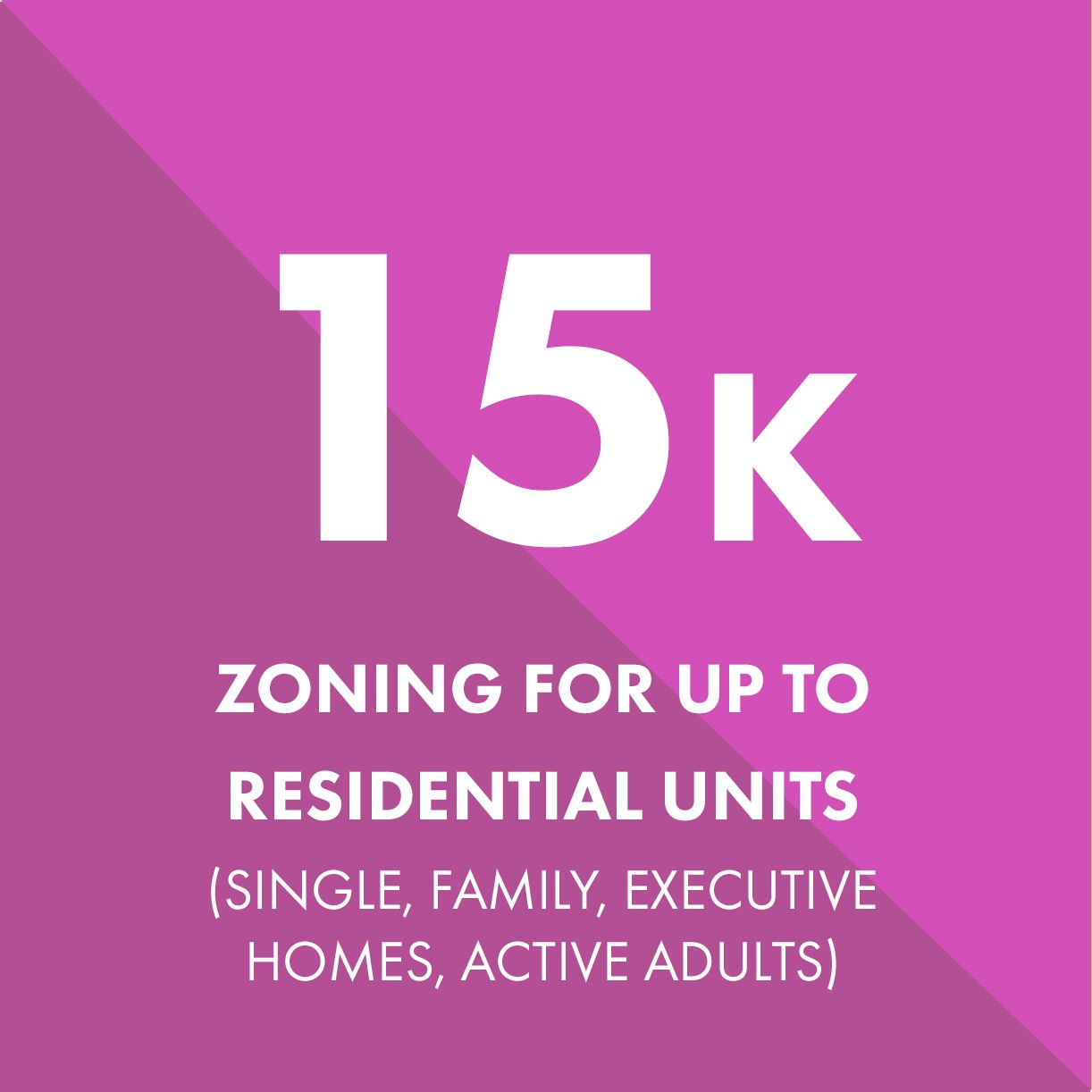 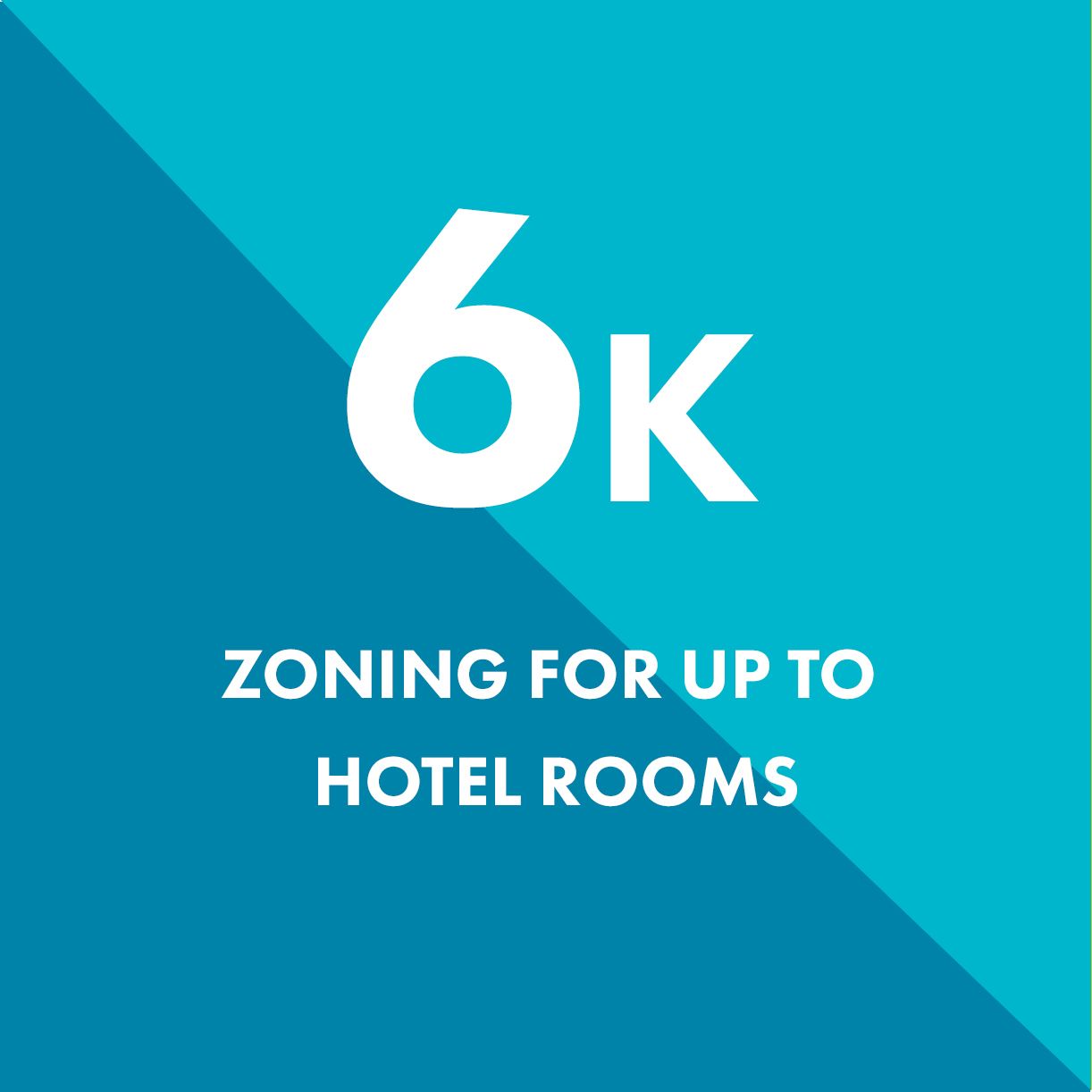 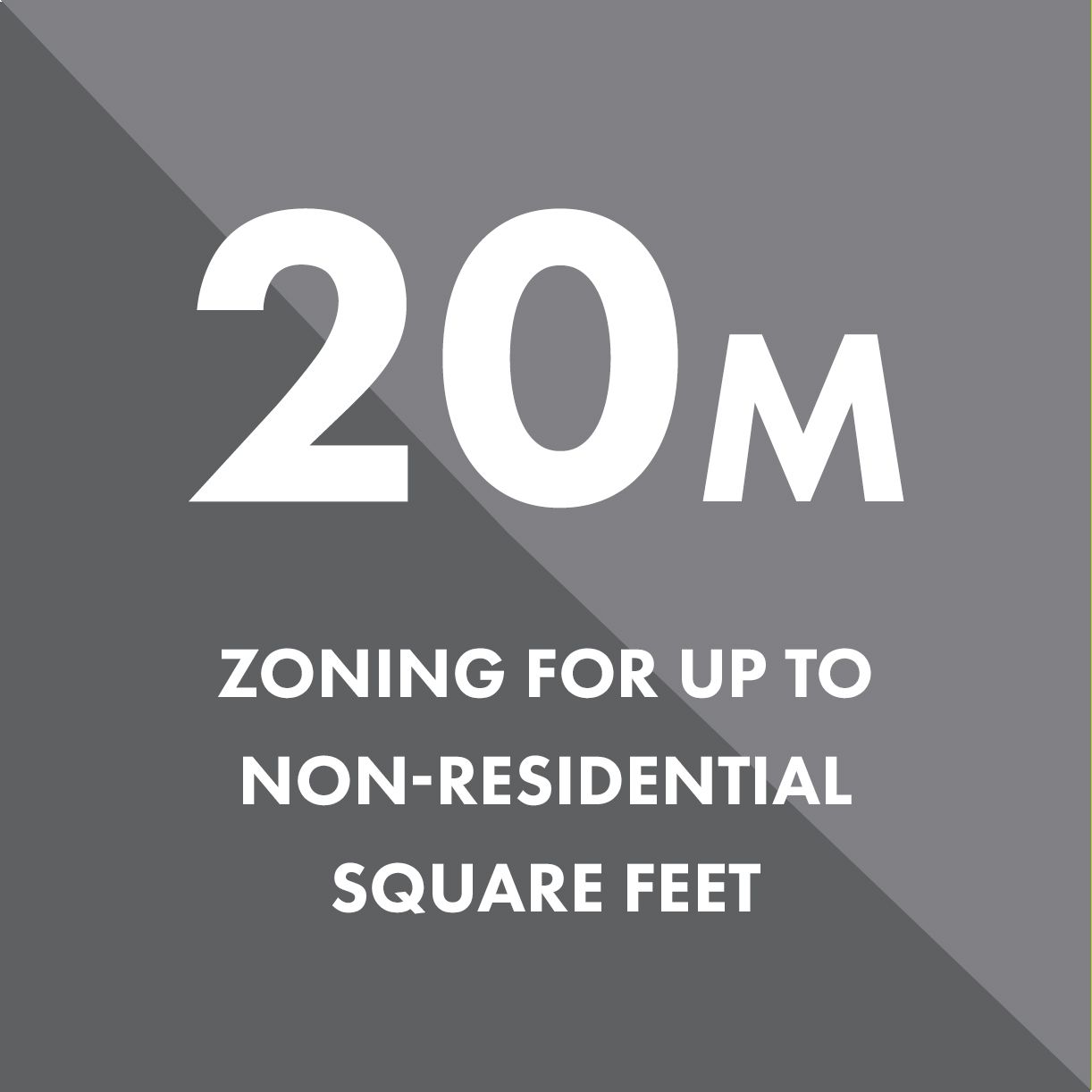 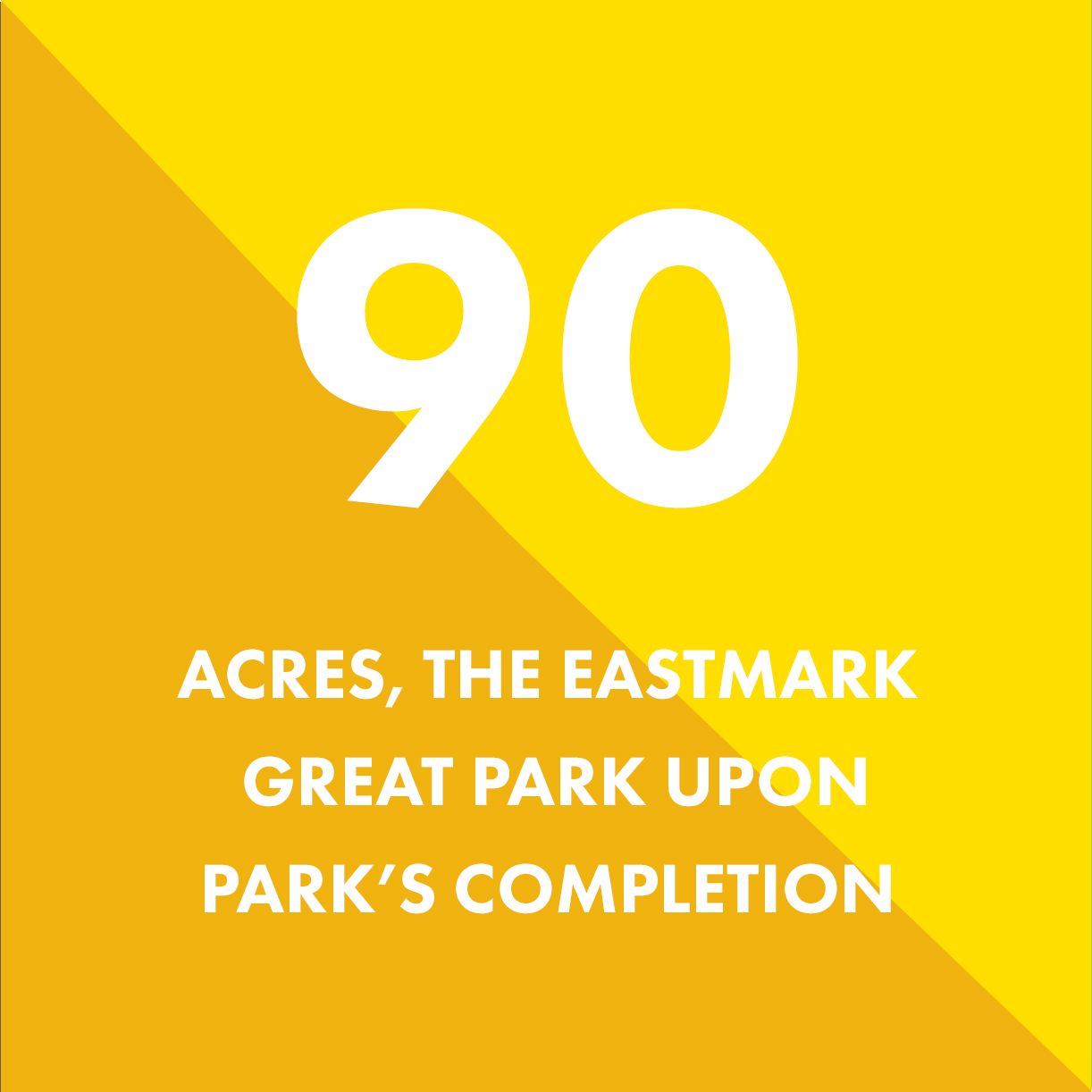 Boasting a population of over 500,000, Mesa is the 35th largest city in the United States and the third largest in Arizona. It is quickly becoming the destination for commerce and development.

One of the fastest-growth cities in the greater Phoenix metro area which is expected to reach six million residents by 2030.

Mesa boasts a talented workforce as well as a growing transportation network, continuously attracting local and global businesses. It covers 133 square miles inside the Phoenix-Mesa metro area with access to a workforce population of 1.4 million within a 30-minute drive. It continues to be one of the fastest-growing Cities in the Greater Phoenix Metro Area which is expected to reach six million residents by 2030.

A smart location for intelligent companies

As a premier business destination, Mesa offers a diverse and sustainable economy, an educated workforce and a true pro-business partnership between government and industry. Advanced companies such as Apple, Boeing, Mitsubishi, FUJIFILM, CMC Steel, Esurance, MD Helicopters, NAMMO Talley, Cessna, TRW, Embraer, Auer Precision and Bridgestone have large operations in Mesa. The city is becoming a prospering market for not only these companies, but for key industries.

Leading employers like Boeing and Banner Medical Centers benefit from Mesa's well educated workforce, more than 33% of which have an associate’s degree or higher.

As a right to work state, Arizona has one of the lowest unionization rates in the nation. Additionally, Arizona employers, on average, pay the 9th lowest unemployment insurance premium taxes.

Mesa intersects with an abundance of freeways, highways and state routes strategically located along commerce corridors and population centers. The 101 runs along Mesa's west border and the Loop 202 circles the City’s interior. State routes conveniently link Mesa to other Arizona markets, California and Mexico.

GILBERT
Most Prosperous City in the U.S. (Economic Innovation Group '17)

Approximately 120,000 college students in the Phoenix East Valley contribute to a dynamic ecosystem of educational opportunities while also building a talent pipeline for the region’s future.

Future Outlook
Projections estimate there will be 400,000+ new jobs in the next 30 years.

Phoenix at a glance

For information about business opportunities in Eastmark contact Dea McDonald at Dea.McDonald@brookfieldrp.com.

Copyright © DMB Mesa Proving Grounds LLC. All rights reserved. Obtain the AZ Subdivision Disclosure Report (Public Report) or its equivalent from your builder and read it before signing anything. No Federal or State agency has judged the merits or value, if any, of this property. All features, dimensions, drawings, renderings, plans, and specifications are conceptual and subject to change without notice. Not an offer to sell real property.  All pricing and availability information must be obtained from builders and is subject to change without notice.